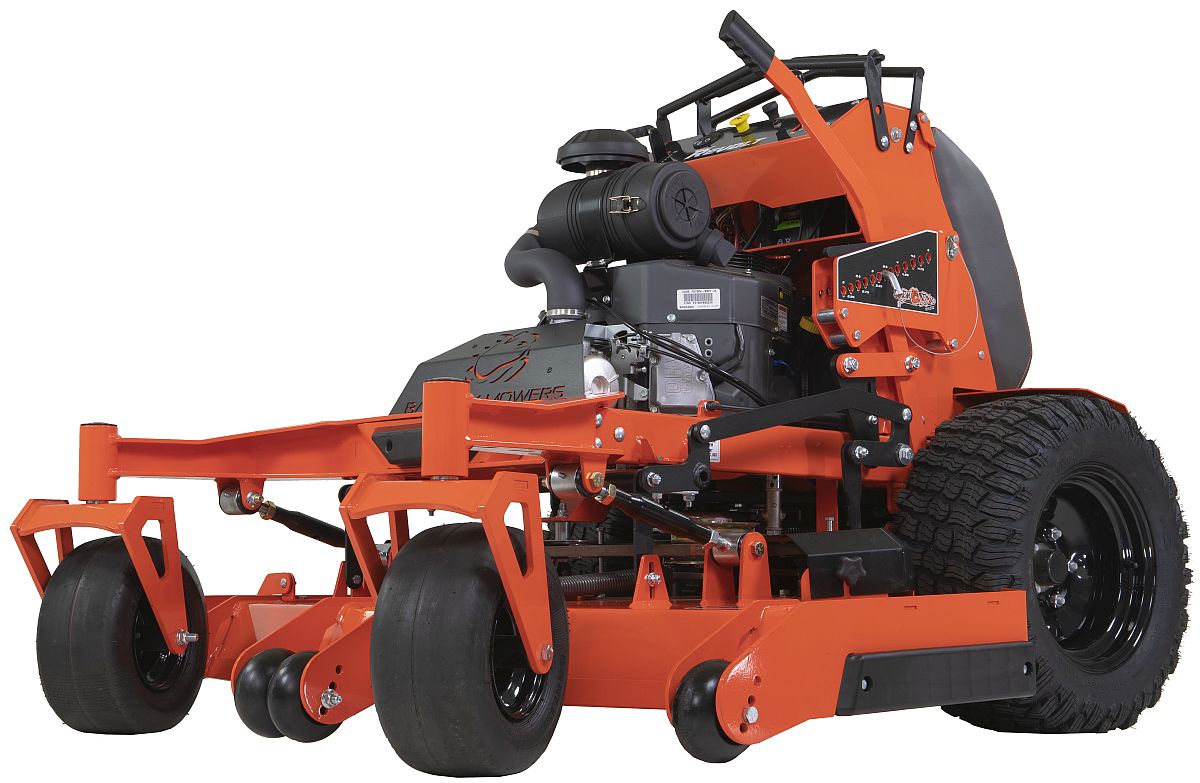 * Estimated stock levels as of Mon, Sep 27, 2021. All items subject to prior sale. Prices may vary between stores and online. Please call ahead to confirm availablity of items marked as Limited Stock.

The rear tires are larger, and the fuel tank is now located in the center of the machine. This allows the rider to stand directly between both rear tires, resulting in a lower center of gravity and making the Revolt Stand-On Zero Turn Mower one of the most maneuverable and balanced Stand-On Mower's in the industry. So even though we've managed to make it smaller, we've packed in bigger performance all the way around.