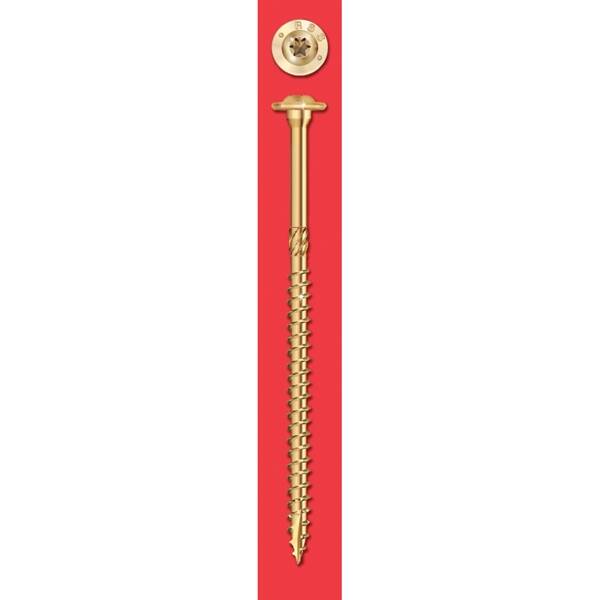 * Estimated stock levels as of Sun, May 22, 2022. All items subject to prior sale. Prices may vary between stores and online. Please call ahead to confirm availablity of items marked as Limited Stock.

GRK's RSS™ rugged structural screw is made of specially hardened steel to provide you with high tensile, torque and shear strength. The sharp threads and points bite instantly into the material (including hardwood), reducing the splitting effect due to smaller shanks. RSS™ screws which are 3-1/8 in and longer have a six threaded CEE thread that enlarges the screw hole for the non-threaded portion of the fastener, allowing the wood to settle easily and increasing the screw's drawing strength. The CEE thread also reduces the friction on the screw shank which can result in lowering the driving torque and the likelihood of splitting the wood. This is why the RSS™ screw is an efficient lag screw alternative. Our round head with built-in shield (washer type head) has no sharp edges like conventional lag screws. The added shoulder (nominal diameter) underneath the washer has the ability to center the RSS™ screw in pre-drilled hardware like hinges and connector plates.

PLEASE NOTE: Product information for this item was provided by a third-party source and has not been verified. Please use our feedback button to report any errors. Read our Terms of Use.