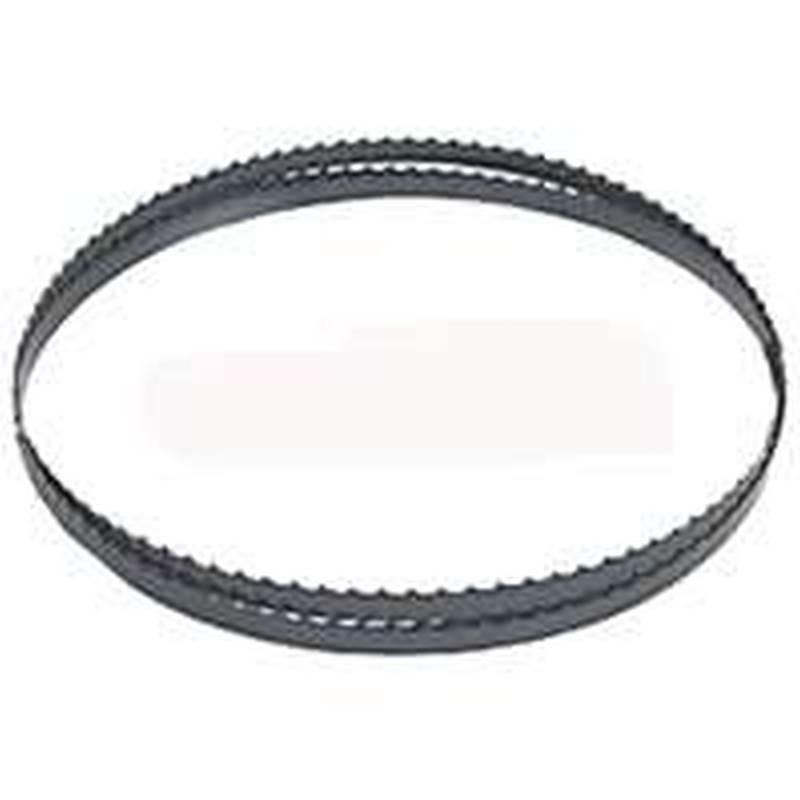 * Estimated stock levels as of Thu, Jul 7, 2022. All items subject to prior sale. Prices may vary between stores and online. Please call ahead to confirm availablity of items marked as Limited Stock.

For popular 5-1/2 in and 4 in x 6 in horizontal band saws. Hard Back blades permit greater tension, improved blade rigidity and straighter, more accurate cuts. Wavy Tooth Style has three teeth with varying sets to the right followed by one straight tooth and three teeth with varying sets to the left. Because three teeth share the cutting and the set extends below the gullets, wavy set teeth are less likely to strip than raker set teeth.

PLEASE NOTE: Product information for this item was provided by a third-party source and has not been verified. Please use our feedback button to report any errors. Read our Terms of Use.