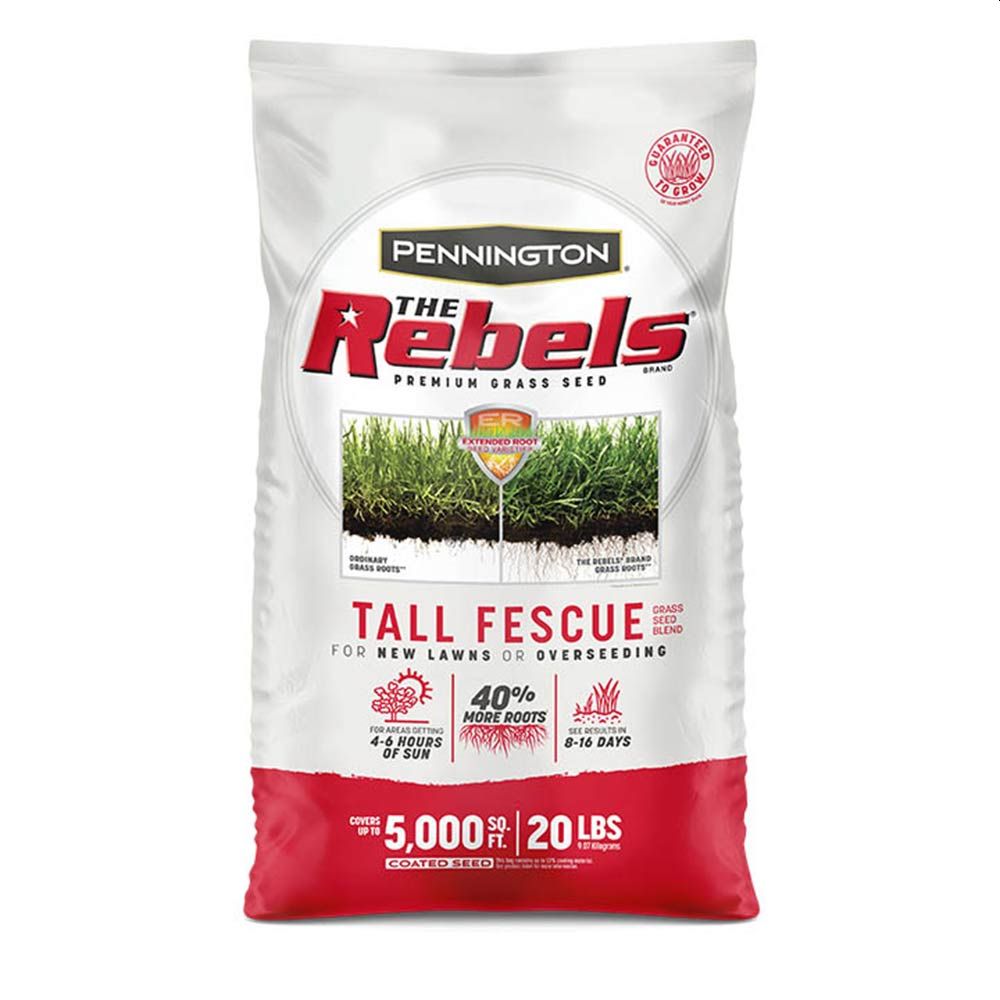 * Estimated stock levels as of Sun, May 22, 2022. All items subject to prior sale. Prices may vary between stores and online. Please call ahead to confirm availablity of items marked as Limited Stock.

Tall fescue is valued for its adaptability to a wide range of climates and its tolerances for cold, heat, drought and shade. Ideal for the northern and transition zones, Pennington The Rebels Tall Fescue has represented the finest quality of tall fescue on the market for decades.

This grass is tough. It has thick, deep, and dense roots that result in excellent drought and traffic tolerance. In areas of your yard that receive 4 to 6 hours of sunlight, plant it in early spring or early fall and see results in 8 to 16 days. A 20-pound bag covers up to 5000 square feet for overseeding an existing lawn.